For the most anticipated car models in the domestic truck market in 2017, careful people may find that whether safety or comfort is based on the needs of truckers, is there any policy promotion in this year's truck market? What type of car?

Really you are saying that, affected by the policy, in this year's truck market, there will be a large number of two-car freight trains return. 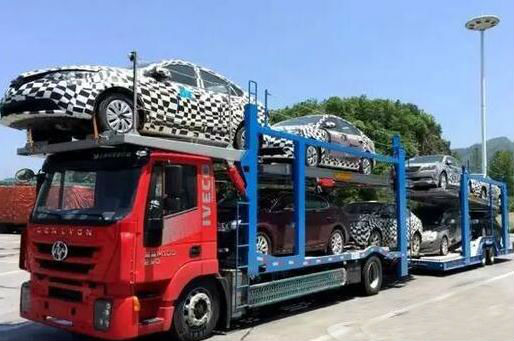 The reason why it is a return is because in the 80s and 90s of last century, the two-carriage wagon, which is commonly known as â€œa bucket and a hungâ€ freight vehicle, is very common. If you are a 80 years old, in your childhood memory It must have the shadow of this model; later, with the adjustment of the national freight policy, this type of vehicle gradually withdrew from the market. Naturally, nowadays, the return of this model is also due to the freight policy.

In July of this year, the new GB1589 "Outline size, axle load and total mass limit of road vehicles" was released. Compared with the old version in 2004, the new version significantly increased the number of vehicles and trailers on the central axis, trains, and the center axis. New car limit rules such as freight trailers and trains and long-haul traction articulated trains, as stipulated, are well understood, allowing this series of models to go to market.

When it comes to the center axis, many may think of the carriage. Yes, this policy does give a "smart drug" to the chaotic carriage market. It has long and wide carriages in the market. The vehicle started to play a very good normative role, and truck manufacturers have also launched products meeting the policy requirements for this market segment. Now whether it is first-line such as Dongfeng, FAW Jiefang, CNHTC, Shaanxi Auto, or the second line Hongyan, Union, Guangzhou Automobile and Hino, etc. have all already launched the Centauri Axle to the market to compete for the â€œbig cakeâ€ in this emerging market segment. According to reports, some companies that have previously declared vehicle models have already had related models on the road.

Two carriage factory 20 meters? 2107 a large number of freight trains will be listed <br> <br> rather than the center axis of car carriers, Xiao Bian today all stressed that the center axis freight trains. Many people may not know what a lorry train is. According to the definition in the new GB1589, the wagon train is a combination of a wagon and a tow bar trailer (trailer) or a center axle trailer. The central axis wagon train can transport two freight units at the same time. Under the limited conditions of GB1589-2016, the total length of two freight unit freight cars can reach 17m, which is 13.6m than the standard semi-trailer CTU, which can increase the loading volume by 25%. .

So, which manufacturers today have introduced related products?

In August of this year, the joint card U3804Ã—2 chassis freight train was first exposed. According to reports, this cargo train top and central axis trailer is provided by Shandong CIMC.

In December, with the turnaround of the 2017 annual business meeting of domestic truck manufacturing companies, various companiesâ€™ 2017 strategic products were also unveiled. There are many examples of the Zhongxang freight train. In this round, the latest debut was Shaanqiâ€™s Zhongxue freight train. According to reports, Shaanxi Autoâ€™s model uses Shaanxi Autoâ€™s latest X3000 chassis, equipped with Weichai's 430-horsepower engine, and the top and center axle trailers are similar. From CIMC.

Immediately afterwards, SAIC Hongyan also exhibited a freight train. It is understood that the chassis of the Hongyan Jieshi lorry truck used in its chassis has a total length of more than 19 meters long (the rear trailer is more than 7 meters long). ), fully meet the requirements of regulations not exceeding 20 meters. 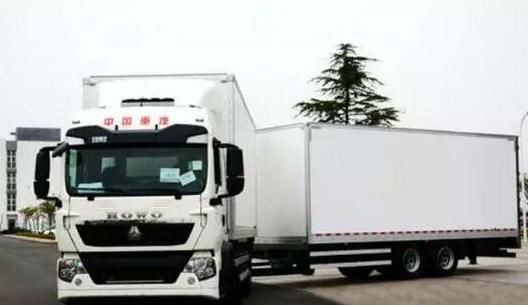 Although there has not yet been a new year's business meeting, China National Heavy Duty Truck official has also revealed a central axis freight train - T5G-4 Ã— 2 central axis freight train, according to reports, this car uses double 7820mm In cargo mode, the front can be thrown after being thrown. In addition, in the configuration, this car uses heavy truck Mantech MC07 engine (340 horsepower, the country five emissions), transmission model is HW16709XSTC, the speed ratio of 4.11 Man Technology MCY13 single rear axle, but also equipped with rear air suspension.


Haixing Brush Machine Company is able to manufacture many kinds of brush making machines to produce different kinds of brushes, such as paint brushes, toilet brushes, dish wash brushes, toothbrushes, hair brushes, shoe brushes, nail brushes, and so on. Among Haixing hair brush machines, HS40-16F is a typical model. It is designed to produce round hair brushes, and it can finish the tasks of feeding handles, drilling holes and tufting filaments. Automatic trimming can be included too. It can produce brushes with two color filaments. And HPM is a trimming brush machine specially designed to trim the hair brushes.