Card friends have passed this Hannover Auto Show, and you must know the deep cooperation between Xichai and Mahler. But you know, in addition to Mahler, there are many international big brands for the Xichai engine. 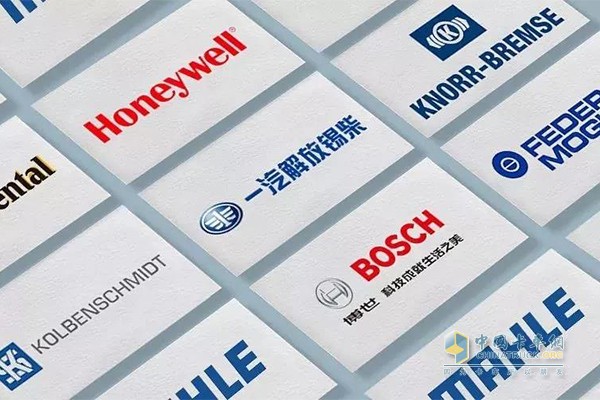 What are the strengths of the top brands in these industries? Next, let Xichai Jun take you to find out.

At the exchange meeting, Honeywell Vice President Daniel introduced the operation of Honeywell's transportation system and the progress of the company's spin-off. The new company, Garrett, will focus more on the automotive industry and customer needs to better serve local customers. Qian Hengrong also introduced the operation of FAW Jiefang Xichai and made in-depth communication on the future development of Xichai.

Bosch has more than 270,000 employees and is known as the "world factory for precision machinery and electrical engineering". It is the world's largest supplier of automotive technology products. Their technology is widely used in Mercedes-Benz, Audi, Chrysler, Fiat, Ford, Volkswagen and other well-known brands.

With several decades of professional experience, Federal-Mogul Powertrain designs and manufactures engine components for a wide range of heavy-duty vehicle manufacturers, including trucks, buses, and off-highway vehicles, and has won numerous awards. Known as "one of the world's top 10 auto parts manufacturing suppliers."

At this year's IAA booth, Federal-Mogul Powertrain launched its new medium- and heavy-duty vehicle electrification strategy. Developed by the Energy Utilization Technology team, this approach is optimized for the unique needs of each commercial vehicle segment and application to meet the specific needs of engine manufacturers and achieve their emissions and efficiency goals at an economical cost.

The company KÃ¶rbenschmitt was founded in 1985. The production projects include sliding parts, precision aluminum castings and pistons as main products. Its products are exquisite in craftsmanship and high in quality, which is an important cooperation object of Xichai.

Founded in 1871 and headquartered in Hanover, Germany, Continental AG is Europe's largest supplier of auto parts. With more than 100 factories, R&D facilities and testing centers in 27 countries, the company employs more than 80,000 people.

From followers to leaders, this is a small step for Xichai, but it is a big step for China's internal combustion engine industry. Every innovation of Xichai is only to make you pay less and get more!