According to statistics from the Xiamen Inspection and Quarantine Bureau, in 2016 Xiamen Port imported a total of 102 batches of tires , which was US$2.596 million. The year-on-year batches and amounts decreased by 24.4% and 43.5% respectively. 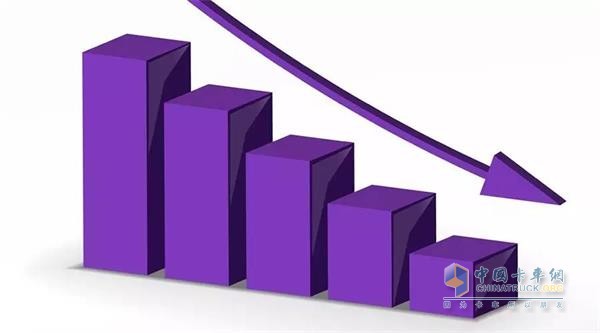 The tires imported from Xiamen Port are mainly tires for passenger cars, other passenger cars or trucks, accounting for more than 60% of the import value. Mainly from China Taiwan, Thailand, Malaysia, Sri Lanka, the United Kingdom and other countries and regions.

In 2016, the number of imported tires for passenger car tires, other passenger cars or trucks at Xiamen port, and the amount of their tires all decreased significantly compared to 2015, mainly due to the following four aspects:

Thirdly, in recent years, China has become the world's largest consumer of rubber and the largest importer of rubber. The surplus of natural rubber in the domestic market has resulted in excess production capacity of tires, and the price advantage of domestic tires has become apparent.

Fourthly, in recent years, through increasing investment in product research and development and technological innovation, the domestic brand's product quality and brand effect have risen strongly. It has been able to compete with international brands, and domestic tires with high quality and low price have been used to counter imported tires. The demand for imported tires has also gradually decreased.

In summary, the import volume of tires for passenger car tires and other passenger cars or trucks at the Xiamen port has been reduced, which reflects the gradual recognition of Chinese domestic tires by consumers. The selection of domestically produced tires has become a new consumer trend.

From the above introduction, we can see that in 2016, both the import batch and the import amount have dropped significantly from the previous year. In recent years, with the rise of independent brands in China, domestic companies have emerged that can compete with international brands.

We have reason to believe that in 2017, it is a big year for domestic tires. For consumers, there are more likely to choose domestic brands, and for shopkeepers, there may be more choices in the purchase channels.

Welding elbow production process, if the long radius of the elbow, you must first select specifications, put forward the tube material. Spread ratio, through theoretical calculation, the general expansion rate of 35% - 33%, and push back. Short radius 219mm general expanding diameter rate of 50%. Selected raw materials, in material according to the specifications of the elbow, then consider the radius of curvature, for example, 90 degree elbow, by its curvature can figure out how many materials can be processed with 90 DEG elbow. It can be calculated by theoretical calculation, and then cut off with the length of the length. Finally, the material pushing system. You may have seen the machine, the actual is very simple. It is a horn shaped mandrel or mandrel, the mandrel is changed from thin to thick, push the process is a process of expanding with bending. Behind a support pipe section to penetrate mandrel material, one behind the arch frame will be fixed mandrel.

Photo of our Pipe Bend: 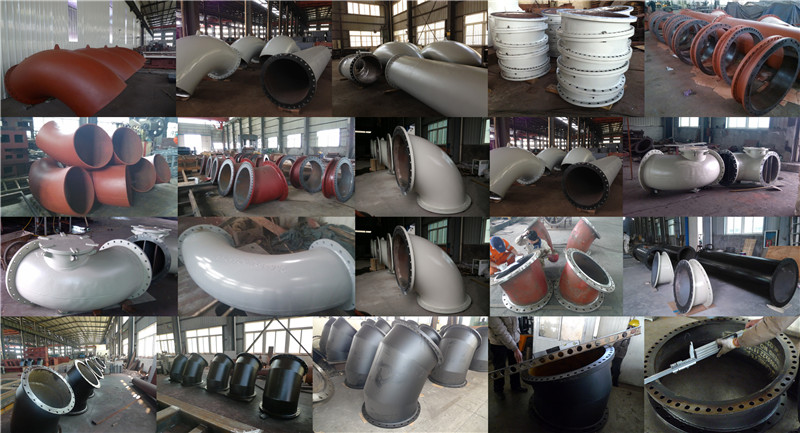 Seamless elbow: elbow is a kind of pipe fitting used for turning of pipe. In the pipeline system used in all the pipe fittings, the largest proportion, about 80%. In general, different forming processes are selected for different materials or wall thicknesses. At present, the factory used seamless elbow forming process, hot stamping, extrusion have.

Hot bend forming process is the special Elbow push processing machine, a core mold and a heating device, which makes in the mold blank in pushing mechanism driven by forward motion and in the movement is heating, expanding diameter and bending forming process. The deformation characteristics of the hot pushing elbow is based on the metal plastic deformation before and after constant volume law to determine the tube diameter, the tube diameter less than the diameter of the elbow, the through mandrel control the blank deformation process, the arc by the compression of the metal flow, compensation for expanding and other parts of the thin, in order to get uniform wall thickness of elbow.

The hot pushing elbow forming process has the advantages of beautiful appearance, uniform thickness and continuous operation, suitable for mass production. Therefore, it becomes the main processing method of carbon steel, alloy steel elbow, and is also used in some specifications of stainless steel elbow forming.

The heating method of forming process has the intermediate frequency or high-frequency induction heating (the heating coil can be multi circle or single ring), the flame heating and the reflection furnace heating.

Stamping elbow is the earliest application in mass production, the forming process of seamless elbow, at present, in the production of the elbow of the commonly used specifications has been hot pushingpipe method or other forming techniques of alternative, but in some specifications of elbow due to less number of production, wall thickness too thick or too thin.

Products have special requirements are still in use. The stamping of the elbow is formed by using the tube blank equal to the outside diameter of the elbow.

Before stamping, the tube blank is placed on the lower die, and the inner core and the end mould are filled in the tube blank, and the upper die downward movement begins to press down.

Compared with the hot pushing process, stamping the appearance quality is inferior to the former; stamping elbow in the forming of arc in tension and other parts of excess metal is not the compensation, so outside the arc wall thickness reduction thin about 10%. However, due to the characteristics of the single piece production and low cost, the stamping elbow process is used for the manufacture of small batch and thick wall elbow.

The elbow made by cold extrusion technology of internal and external mold is beautiful, uniform wall thickness and small size, so it is used for stainless steel elbow, especially for stainless steel elbow. The precision of internal and external die used in this process is high, and the requirement for the wall thickness deviation of tube blank is also very strict.